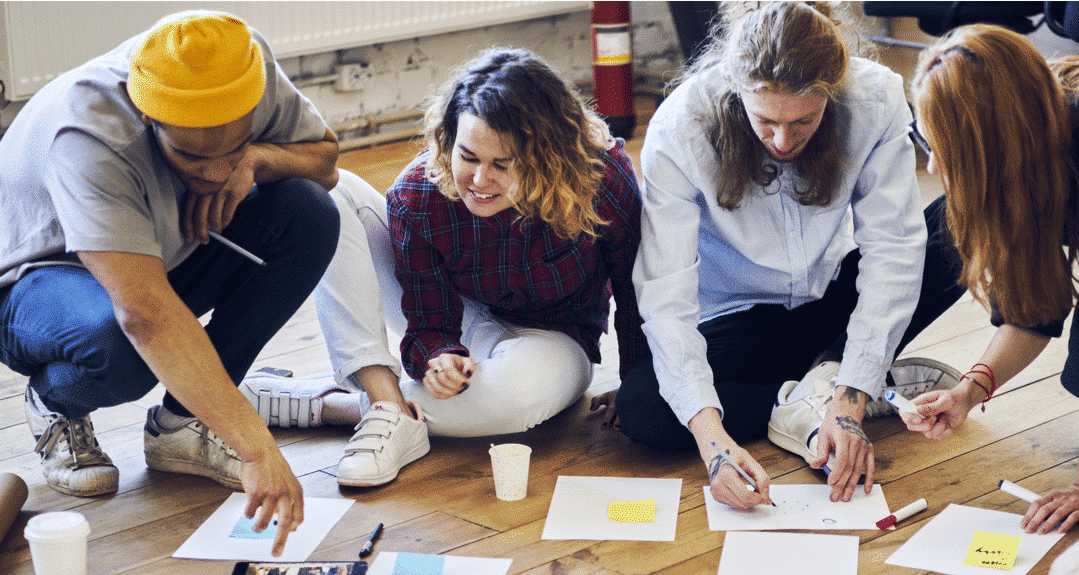 Our Writers Workshop is like no other writing intensive. You’ll walk in on Saturday morning with your own idea for a film or novel, and leave on Sunday evening with the 15 key beats that will serve as the foundation of your screenplay or novel.

Your instructor is J.J. Austrian. J.J. grew up in New England, was named a Connecticut Young Playwright in high school, and graduated with a B.A. in Theater from Bard College. He worked in Los Angeles as a coordinator of current programming at Fox Television before returning to the East Coast, where he met his wife at a Halloween party. She married him a few years later, in spite of his costume choice. J.J. took Beat Sheet Workshops taught by Blake Snyder and frequently conferred with Blake. After moving to Minnesota, J.J. earned his MFA in Creative Writing for Children and Young Adults at Hamline University. His acclaimed picture book, Worm Loves Worm, received a 2017 Minnesota Book Award and was a Charlotte Huck Award Honoree for Outstanding Fiction for Children.

ABOUT THE WEEKEND INTENSIVE WRITERS WORKSHOP

Over the course of a weekend, you will:

“If I had to come up with a simple and poignant way to describe it, I’d call it the only workshop that you’ll ever find in Hollywood that encourages your story’s individuality.”— Ebony Jones in her review on Coverage, Ink. Read Ebony’s entire review.

“I loved taking the Save the Cat! workshop with Ben in NYC. I was working on my second Lemoncello book at the time and it went on, after great input at the seminar, to become a New York Times best seller. In fact, I use what I learned from Ben and STC! in all the middle grade novels I write…and one, Escape from Mr. Lemoncello’s Library, even became a movie on Nickelodeon last fall! Thanks, Ben!” — Chris Grabenstein, #1 New York Times best-selling author

“Whether you’re aspiring to start your first screenplay or you’re an established writer looking to work out some new material, the Save the Cat! workshop offers tools for success. Early in my career, Ben and STC! helped my understanding of story structure, which is information I still use every day on every draft of every script I write.” — Jordan Gershowitz, screenwriter and producer, Warner Bros, Disney, and Nickelodeon (The Good Catholic, Random Tropical Paradise, Total Frat Movie, Temps, and writer for Tom & Jerry TV)

*A writing team working on a single project will be counted as a single writer at a special fee. If you write with a partner, email BJ Markel for a special price.

If you have any questions about the class, please contact bj@blakesnyder.com.