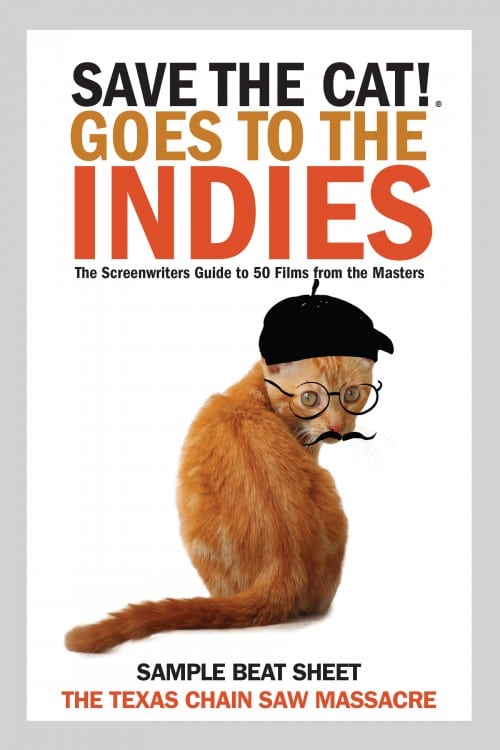 Download the pdf of Tobe Hooper’s classic. It’s one of 50 beat sheets in our newest book, Save the Cat!® Goes to the Indies — where Blake Snyder’s student, screenwriter and novelist Salva Rubio, applies Blake’s principles to 50 independent, auteur, European and cult films. See how “hitting the beats” creates stories that resonate the world over.

Learn more about the book. And check out our 100 Beat Sheet Combo!