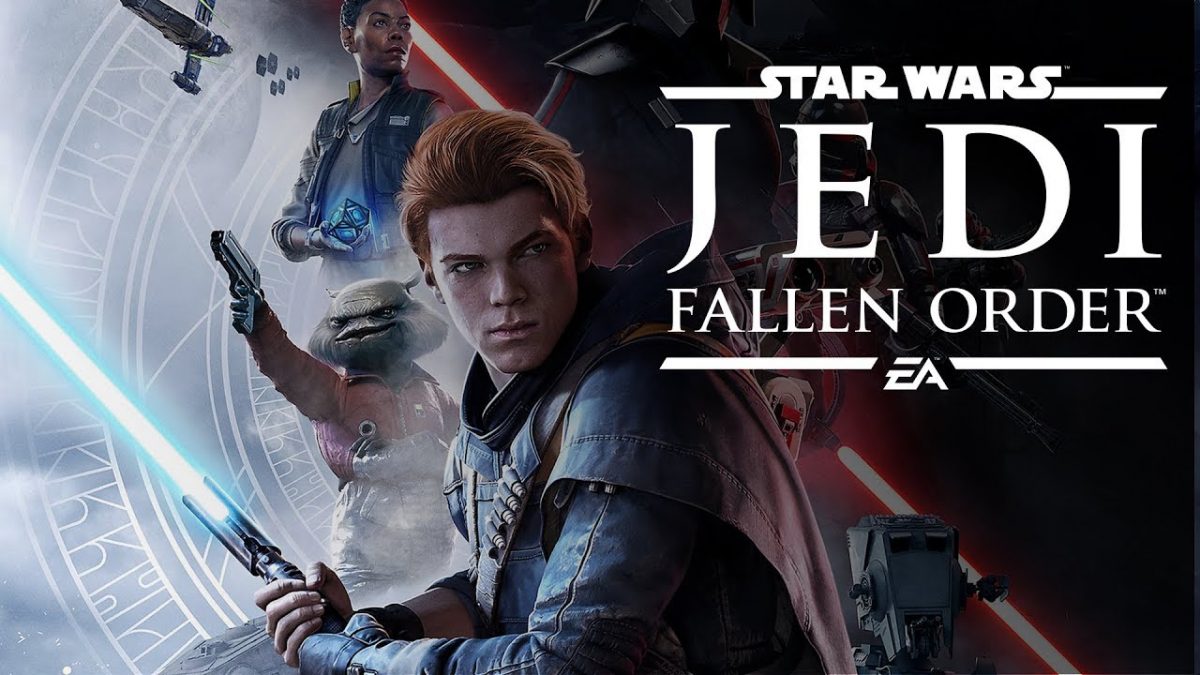 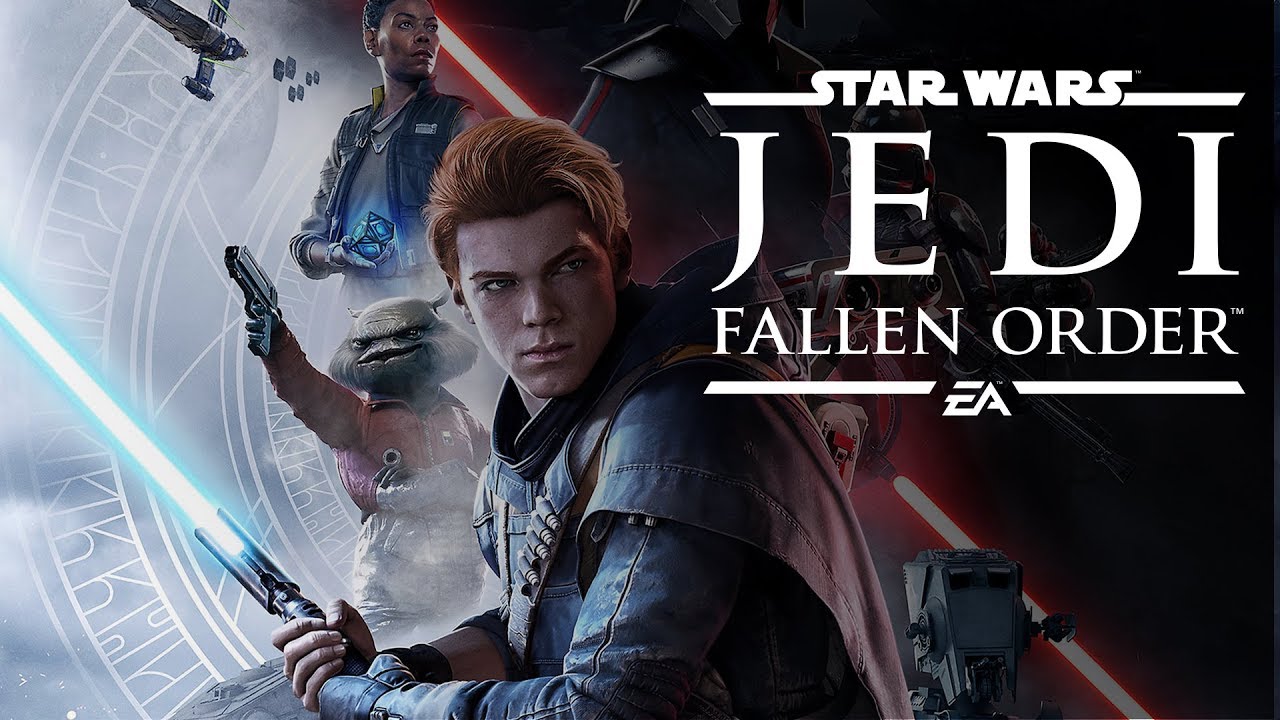 This week, Lucasfilm announced their ongoing plans for the Star Wars universe, called The High Republic. This new series will tell the stories of characters who lived hundreds of years before the Skywalker saga. With the success of shows like Rebels, The Clone Wars, and The Mandalorian, as well as virtual reality experiences such as Vader Immortal, it’s clear that Star Wars isn’t leaving our galaxy anytime soon.

The stories will continue to be told in a variety of media. One recent in-canon addition takes place in a video game that has been lauded for its emotional story. Jedi: Fallen Order takes place after the film Episode III: Revenge of the Sith, and gives a glimpse of what it’s like to be a Jedi in hiding.

How does Jedi: Fallen Order hit Blake Snyder’s story beats? Here is the Save the Cat!® beat sheet for the game:

Opening Image: A starship crosses the moon. Lightning tears through the darkness, revealing wreckage from an old starship battle. A hovering Imperial probe droid signals the ominous presence of the Empire, setting the tone and mood.

Set-Up: Cal Kestis (Cameron Monaghan) lives a lonely existence as a scrap worker in an Imperial shipyard, tearing apart old vessels to make new ones for the Empire. As Cal and his coworker friend Prauf (JB Blanc) work, they discover an old Jedi fighter, causing Prauf to reminisce about the Jedi purge five years ago.

Theme Stated: Uncomfortable, Cal cautions Prauf against talking about the Jedi in the presence of the Empire. Prauf, knowing that their existence is one of stasis = death, urges Cal to make something of his life, telling him, “Eventually, you gotta move on and live your life. Find your destiny.”

Set-Up (continued): In his thesis world, Cal has many things that need fixing. He must be unnoticeable, trusting no one. The reason is soon clear: when a cable breaks and Prauf falls, Cal uses the Force to save him. With the event having been witnessed by a probe droid, Cal knows that he faces certain death if he doesn’t flee. Planning his escape, Cal falls asleep and has a dream of his master, Jaro Tapal, who tells him to trust only in the Force. Upon waking, Cal and everyone on board are ordered off the train and lined up in front of storm troopers.

Imperial Inquisitors Second Sister (Elizabeth Grullon) and Ninth Sister (Misty Lee) arrive; their sole job is to find fugitives of the Jedi order, and they declare that everyone will be executed if the traitor doesn’t turn himself in. Prauf steps forward to speak his mind and is executed, prompting Cal to reveal himself, brandishing his lightsaber. Trying to escape, Cal fights the Second Sister until a woman named Cere Junda (Debra Wilson) shows up, rescuing Cal on her ship. Captain Greez Dritus (Daniel Roebuck) blasts it into hyperspace.

Catalyst: Cere sets a course for Bogano, which she claims has a vault protecting the key to restoring the Jedi Order. Cal must first pass a difficult test to retrieve it. When he learns that Cere used to be a Jedi, Cal reveals that although he survived the purge and can sense echoes of objects using the Force, he has lost some connection to it. Setting out on his quest, he meets a small droid, BD-1, who leads him to the Jedi he is supposed to meet, a hologram of Eno Cordova. In a double bump, Cal learns that the vault had been built by an ancient race known as the Zeffo, and Cal must seek out the tombs of the three Zeffo sages to access the Holocron hidden in the vault.

Debate: Cal decides that it’s time to stop being alone and in hiding. He tells Cere and Greez the plan, but will it work? The Holocron they seek contains a list of Force-sensitive children and could help rebuild the Jedi Order. Unsure of what lies ahead, Cal knows one thing: he can’t hide anymore.

Break into Two: The team now assembled, they set out on the road to retrieve the prize of the Holocron, heading toward the Zeffo homeworld.

B Story: On the way to Zeffo, Cal asks Cere why she isn’t a Jedi anymore. Her story and why she cut herself off from the Force will teach Cal what he needs to learn about his own choices and destiny.

Fun and Games: Arriving on Zeffo, Cal is now in an upside-down world. He fights through stormtroopers to discover the Zeffo tomb and the next clue. His journey takes him to Kashyyyk, the Wookie homeworld, and we get the promise of the premise, experiencing what it’s like to be a fugitive Jedi on the run, attempting to survive. In an encounter with the Second Sister, he is confronted with the full extent of his antithesis world, questioning whom to trust. Cal realizes that the Second Sister was Cere’s former padawan Trilla. During the purge, Cere was caught and tortured, as was Trilla. Cere had turned to the dark side when she learned of Trilla’s fate, and Trilla questions what Jaro Tapal would think about Cal allying with Cere. She causes Cal to wonder what will happen if he cracks under torture and gives the names of Force-sensitives to Empire.

Midpoint: Cal has a false victory as he discovers how to gain access to the vault, using a key called a Zeffo Astrium. The stakes are raised and a time clock appears as the Empire knows about the Holocron in the vault and seeks it. On the ship, A and B Stories cross as Cal confronts Cere about her past and the truth of Trilla’s words.

Bad Guys Close In: On Kashyyyk, Cal faces external bad guys including the Ninth Sister. Internal bad guys surface in an awkward conversation with Cere about Trilla, casting doubt between Cal and Cere, as well as division among the team. Cal worries about becoming an Inquisitor, as if it is inevitable. Is it his destiny?

On Dathomir, Cal is knocked unconscious, recalling when Order 66 was executed and his master was killed before his eyes. Later, Cal faces an illusion of Tapal who declares his blood is on Cal’s hands, that he’s a failure. In a rage, Cal breaks his lightsaber. Soon, he encounters Taron Malicos, a former Jedi who reveals that he found solace in the darkness, tempting Cal with the dark side.

Escaping, Cal learns more of Cere’s story and why she tapped into the dark side. She offers hope, saying that the choice to keep fighting makes them who they are, giving Cal her lightsaber handle. Cal seeks out a new kyber crystal for his saber. Finding one, it shatters, and Cal feels defeat.

BD-1 projects a hologram of Cordova, who says, “Failure is not the end. It is a necessary part of the path. Hope will always survive in those who continue to fight.” Cal repairs his lightsaber, returning to Dathomir to face down the illusion of Tapal—with confidence this time. Returning to the vault on Bogano, Cal experiences visions of himself becoming an Inquisitor and betraying the Force-sensitive children.

All Is Lost: Cal finds the Holocron, but just as he’s about to take it, Trilla arrives. The whiff of death is present as she tells Cal that his pride has cost the lives of all the Force-sensitive children. He fights Trilla and grabs her lightsaber while she escapes with the Holocron.

Dark Night of the Soul: Holding Trilla’s lightsaber, he sees her past through the Force echo. He apologizes to Cere for his arrogance, but she claims responsibility for the path Trilla’s on. Cal realizes his choices form his destiny, and he says it’s what they do next that is important. Cere knights him with Trilla’s lightsaber before setting out to retrieve the Holocron.

Break into Three: As A and B Stories meet, Cal rises as a Jedi Knight, and he and Cere head toward the Inquisitor’s fortress to face the past.

Finale: In his synthesis world, Cal is ready to embrace his destiny, knowing that he can trust his friends, and he can trust in the Force. Assembling the team, Cal and Cere sneak into the fortress to storm the castle. Executing the plan, he finds his way to Trilla and fights her while trying to reason with her. He gets the Holocron as Cere arrives and seeks forgiveness from her former padawan. Trilla is about to give in and change, but in a high tower surprise Darth Vader arrives, striking down Trilla. When Vader tells Cal he would be wise to surrender, Cal digs deep down, and refuses to give in to the dark side. He executes the new plan as he and Cere escape. Back on the ship, Cal destroys the Holocron, allowing the Force-sensitive children to shape their own destiny.

Final Image: Cal and the others stand, ready to face the next adventure. This time, he realizes that he is not alone.