The Primal Call of The Greatest Showman 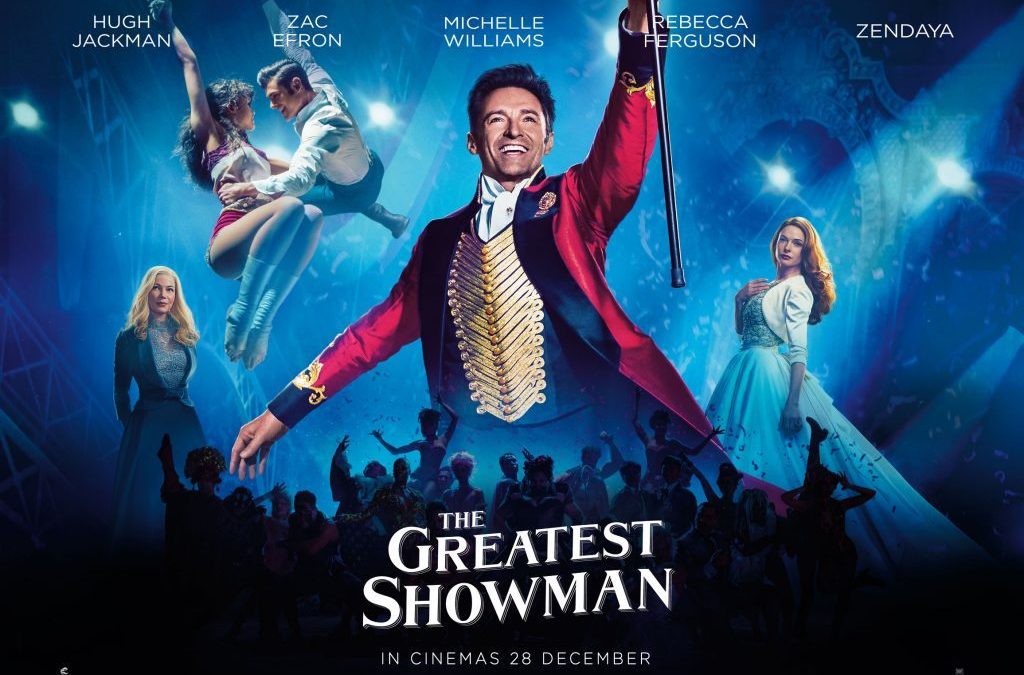 What’s so great about The Greatest Showman? That seems to be the question people are asking. Just the other day, after leaving a screening of Black Panther, I walked past a teenager who told his father, “I really want to see The Greatest Showman,” a statement that seemed to catch the father by surprise.

What is it about the movie that seems to capture such a wide age range of audiences? The consensus of critics seems to differ heavily from that of the viewing public. On the aggregate website Rotten Tomatoes, the Tomatometer score for the critics is only 55%, but the audience score is much higher, reaching 89%. The same seems to be true at Metacritic, with a critic score of 48 out of 100 contrasting with the audience score of 7.6 out of 10.

Why are audiences gravitating toward this musical? After all, there have been plenty of blockbuster franchise films gracing the silver screen during the past few months, yet this one in particular seems to stand out. Is it the music style of the catchy songs by Benj Pasek and Justin Paul? The choreography of the musical numbers? The star-studded cast of Hugh Jackman, Michelle Williams, Zendaya, and Zac Efron?

Based on the audience’s response to the movie, I’d argue that it’s something deeper. While the songs are fun and infectious, the story hits a nerve for a different reason: it’s reflecting something primal in all of us. Blake Snyder wrote that stories need to have a primal element to resonate with audiences, and this is something The Greatest Showman does in the lyrics of every song, leading audiences to see themselves reflected in the story.

Of course, the film is not an accurate historical representation of the life of P.T. Barnum, but audiences are willing to look past that and see the dreamer in him and how it connects to their own lives. Each song is infused with the sense of having a purpose in life, of being unique and important despite the world’s claims of the opposite.

Opening with the song “The Greatest Show,” the lyrics admonish the fact that hard work and striving to reach success isn’t easy, but it’s a journey that is worth pursuing. It’s something we can’t ignore (as we writers easily understand):

Been searching in the dark, your sweat soaking through the floor
And buried in your bones there’s an ache that you can’t ignore
Taking your breath, stealing your mind
And all that was real is left behind

The story quickly shifts to a flashback of Barnum’s childhood in which he spends time with his future wife, Charity. As the two visit an old house, Barnum sings of his dreams for the future:

The lyrics paint a picture of hope and optimism, of a positive outlook on the future. Though Barnum and Charity are just children, they revel in the dreams of a far greater world, one that is possible if they choose to shape it that way. It’s a primal desire we all have; we want the best for our futures and want to achieve our deepest desires. We’ve all had similar outlooks on life when we were younger. When adults asked us what we wanted to be when we grew up, we excitedly proclaimed our ideal profession — the sky was the limit! As the responsibilities of adulthood set in, we lost much of that optimism, yet a piece of us still holds out hope that we can find our way back.

“Come Alive” delves into the idea that Stasis = Death, and it echoes what many of us feel in life as we go about our day-to-day activities. As Barnum recruits acts for his show, he invites the people to step outside their preconceived notions of what life should be like for them, comparing them to zombies in a maze, stumbling through each day. We’ve all felt that way at one point; sometimes, the feeling never seems to leave. But his song provides us with a bit of primal hope:

‘Cause you’re just a dead man walking
Thinking that’s your only option
But you can flip the switch and brighten up your darkest day
Come alive, come alive
Go and light your light
Let it burn so bright

When Barnum tries to recruit Phillip Carlyle to join his endeavor, he must convince Carlyle to leave behind his life of luxury and wealth, where he seems comfortable. Yet, even though Carlyle has plenty, he isn’t satisfied. Deep down, he feels that primal urge that there must be more to this life. Barnum tries to persuade him:

Although Carlyle resists, insisting that he enjoys the status quo, Barnum pushes a bit further, adding:

But you would finally live a little, finally laugh a little
Just let me give you the freedom to dream and it’ll
Wake you up and cure your aching
Take your walls and start ‘em breaking
Now that’s a deal that seems worth taking

We’ve all had those moments where we believe that we’re doing fine, but something bigger and grander seems to call to us, beckoning us to do more with our lives. We know there’s a purpose that we want to aspire to, and this song takes those longings and places them center stage.

When Barnum introduces America to opera singer Jenny Lind, she debuts with a song about striving for greatness and achieving the impossible. Just like Barnum, she came from little and wants to prove herself to the world, and he could identify with her emotions. And, just like Barnum, we feel the familiar primal tug at our soul, wanting to believe that there are no limits to what we can achieve:

But perhaps the song that seems to speak to audiences most is the one so prominently featured in the trailer, the Best Song Golden Globe-winning “This Is Me.” The lyrics of the entire song paint a picture of the importance of being unique and individualistic, of not being ashamed of who we are. Though society wants to shame us for being different, it’s important to stand up and proudly proclaim our underdog status without apology or regret. The chorus states it best, shouting:

When the sharpest words wanna cut me down
I’m gonna send a flood, gonna drown them out
I am brave, I am bruised
I am who I’m meant to be, this is me
Look out ‘cause here I come
And I’m marching on to the beat I drum
I’m not scared to be seen
I make no apologies, this is me

Every one of us has at one time or another felt the isolation or cold shoulders of others. We’ve faced taunting and bullying at some point in our lives. As writers, we know what it’s like to face rejection. So it shouldn’t be a mystery that this song speaks so powerfully to moviegoing audiences everywhere. It’s the message we want to hear because it’s a primal message we need to hear.

The other songs on the album equally speak to our inner longings, whether it be the destiny-determining “Rewrite The Stars” or the dig, deep down anthem of “From Now On.”

Audiences have voted with their wallets, both at the box office and with music sales; the soundtrack grabbed the number one spot on the Billboard 200 and iTunes charts, while the film itself held its own against The Last Jedi. It’s a simple reminder that a movie doesn’t have to be part of a blockbuster franchise or feature stunning special effects — it just needs to focus on something primal to us all.

And what could be more primal than empowering ourselves to chase after our dreams?

When Should You Know Your Theme?