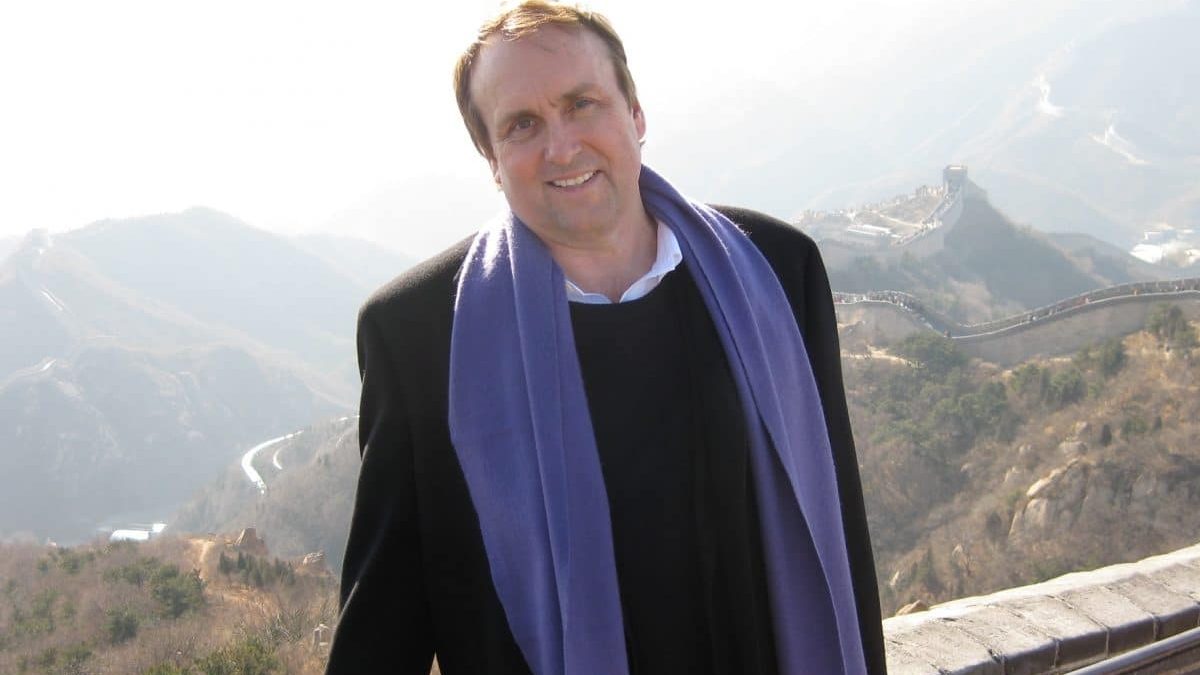 In 2006, Blake was interviewed by Todd Wieland. That interview is now inaccessible, so we are thrilled to present it to you. As we head into the new year, how good it is to hear Blake’s unique voice, enthusiasm, and meaningful advice!

Tell us a little bit about the 2 or 3 most exciting projects you’ve been involved with, at any stage.

I’ve always been in the business — and it never ceases to be the most exciting adventure on dry land. My dad produced children’s TV series like Roger Ramjet and Big Blue Marble so I learned early on that being creative is fun and profitiable. I even did voices for my dad’s cartoon shows so at 8 I was a member of SAG! My favorite three experiences are probably writing Nuclear Family with Jim Haggin — and selling that script to Steven Spielberg, writing and producing Blank Check with my buddy Colby Carr, and just this past summer writing my new script with Tracey Jackson (The Guru). This is my 79th script in 20+ years and perhaps the best of my career. I am always learning and always getting a kick out of the creative process.

One of the most intriguing aspects of Save the Cat!® is that you treat screenwriting as a — well, for the lack of a better word — a science. You and Viki King (of How to Write a Movie in 21 Days) offer some incredible insights about how writers can work through an organized process and emerge with a beautifully structured script. That’s very powerful, really genius-level stuff. For many of us, screenwriting — and, really filmmaking in general — is more an esoteric art than a science. And we get the sense that many in the entertainment industry want it that way. Geez. There’s a question in here somewhere… What kind of feedback do you get from other industry professionals — other screenwriters and filmmakers — about your approach?

I wrote Save the Cat! to save writers from experiencing what I did — writing maybe 20 scripts without getting a big sale. I nearly burned out and quit because I did not get that a screenplay is unlike all other forms of writing, it is a proposal to do something else, not a finished product in and of itself. My turning point came when I stopped writing for me and started writing for you. What story do you want to see? How can I entertain you? These were questions I never asked. I disagree with the idea that I am telling writers about a “formula” or a rigid structure so that they can go off and write Big Mama’s House 3.

The method I have developed can be applied to every story. This is why I am currently writing the sequel to my first book called Save the Cat!® Goes to the Movies where I will show how this so-called science applies in 50 different films including Eternal Sunshine of the Spotless Mind, Open Water, Maria Full of Grace and others. To me, knowing what a good story demands is not restrictive, it’s freeing! It gives form to inspiration that others can understand, not just you. So far, the most thrilling feedback I’ve gotten on the book is not only from industry professionals I admire who say “’bout time somebody told the truth” to writers like one I got an email from the other day, who finally got a script read after years of trying because he grudgingly re-wrote his logline according to my suggestions. That writer needed to have some good news in his life, and will be able to keep going and not “burn out” like I almost did way back when.

You’re amazingly accessible. Anyone who buys your book gets your email address — one you actually answer, and darned promptly — in chapter one. And, as we know from experience, you’re also very generous with your insights — though you make the point in Save the Cat! that the topic has to be interesting to you. Fair enough. How does that dynamic work for you? Are you inundated and overwhelmed with junk thrown over the transom? Is there any payoff for you (other than the cosmic)?

Is there any other kind of payoff than service to others for its own sake? I think not. And interacting with writers is a joy. I love writers! I get them. And I can sense where they are, who they are, and what they need with only the briefest email interaction. Why? Because I have been there myself. I get the ego, the pride, the doubt, the fear that any creative person standing naked in the world experiences in plying his craft. And I am here to help. And btw writing this book and getting to talk to other writers has been the most rewarding part of my career. So write me, I’ll answer you ASAP.

I noticed that you basically don’t address script format in Save the Cat!, to the extent that you don’t get involved with fonts and indents and 2 vs. 3 hole punching. Is that formatting stuff still important? Irrelevant? Have others addressed (or over-addressed) the topic?

I figure everybody has access to Final Draft software. I only have one tip: two brads! Three brads is for amateurs!! Did you know this? Whenever I see a script with three brass brads I figure he’s new.

You’re a Hollywood guy, right? Based there, work there, and seem to really like the dynamic of the Hollywood system. You’re also aware, I know, of all the Hollywood bashing that takes place, in the media and elsewhere. Give us your side of that story. Is Hollywood the place to be for a writer or filmmaker, or are the opportunities just as good in the “new” media and indie entertainment circles?

This is the single most exciting time to be a screenwriter and film professional. There are so many opportunities out there, and so many ways to break through and make a name for yourself. I just saw a movie called Brick, that I will probably be reviewing for my book. What a fun, great script! It cost maybe a dollar to make that movie, and it’s as good as any I’ve seen all year. Hollywood will always be with us, and thank God! Truth is you’d miss it if you couldn’t complain about the “dreck” from Hollywood, and we need a big engine like it, churning out tentpole movies like Pirates of the Caribbean (I am huge fans of those writers btw) to have a global presence.

Besides, Hollywood will just do what they’ve always done — absorb the talent that’s out there and make it their own. Every studio now has an independent label. And that’s why you see the guy who directed Memento now doing Batman Begins. It has been always thus. Coppola, Spielberg and Lucas used to be the outsiders, now they are the establishment. But no matter how the product is delivered (be it internet, cell phone or by subscription via your HD bigscreen), your movie will still have to meet the same requirements: a good hook, a satisfying story, an interesting cast and something familiar — that’s also brand new.

Along those same lines, what do you think of all the new story vehicles we’re starting to see, especially video games, interactive dramas, 3D simulations, etc.?

I am not a video game enthusiast. But I can see the amazing potential of all kinds of storytelling. And I certainly see how this has affected my job. Scripts are a lot shorter now, so are attention spans.

Do your concepts apply as well to other formats — like 30 or 60 minute TV, short films, Machinima?

Yes. All stories are about transformation! That goes for a mini-series or for a 30-second commercial for Pledge. I demonstrate that in my seminars and lectures btw. I can tell you the 15-beat outline of a Pledge commercial and how it’s the same as for a 2-hour movie. Storytelling is storytelling and that applies to all cultures too. Indian cinema has its own conventions; inevitably there will be a scene when we CUT TO: the Himalyas and a dance routine with snow falling, then back to the action; much as an American car chase, it’s a cultural nuance we accept. But every story is about “the most life-changing event that ever happened to the hero” — otherwise there would be no reason to talk about it.

One of the toughest topics — and probably one of the most relevant for our visitors and students — is the challenge of getting started in the entertainment business. You address it — quite well, I thought — in Save the Cat! Yet the reality is that the “barriers to entry” in the entertainment industry establishment are pretty high. If we can accept that anybody who really wants to get into the industry is going to have to pay their dues, what advice would you give somebody who is just starting out — and specifically somebody who doesn’t have the hundred grand or so that it’ll take to get through film school?

I am not a big believer in schools. I am a do-it-yourself type. That’s how I learned. Trial and error. But with that freedom comes the responsibility for making progress daily. For screenwriters it’s a matter of being fiercely interested in all aspects of the craft — including selling yourself. That’s part of the job too. I challenge all my writing students to post on their work room or on their computer a list of their goals (e.g., “I have sold a script to Disney,” “I have a three picture deal on the lot,” “I have won the Sundance Film Festival”) and doing something to attain that goal every day.

I also challenge my students to write a list of their “contacts” (film professionals who can help them succeed) and committing to doubling or tripling that number within a year. You cannot do this job alone, you need to reach out to others for assistance and ask for help. Contrary to popular belief, we are all looking for that next great script or undiscovered screenwriter — this is not a walled city with a gatekeeper, it’s an open marketplace of ideas. Have a good attitude about the business side of the business and don’t pretend that it doesn’t affect you, it does! But you don’t have to be a passive observer of it, be a participant.

Mostly, have fun! This is what it’s all about. And that is the real reward of the job. 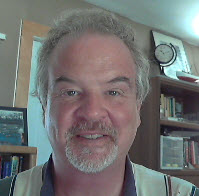 Todd Wieland is an education designer and sometimes writer who lives in the mountains of Tennessee. He is working on an alchemic magic pill that makes it easy to learn math. While running a film education website in 2006, he encountered Save the Cat! and requested an email interview with Blake. He recently ran across the interview and hopes it will inspire and encourage screenwriting Cats everywhere.