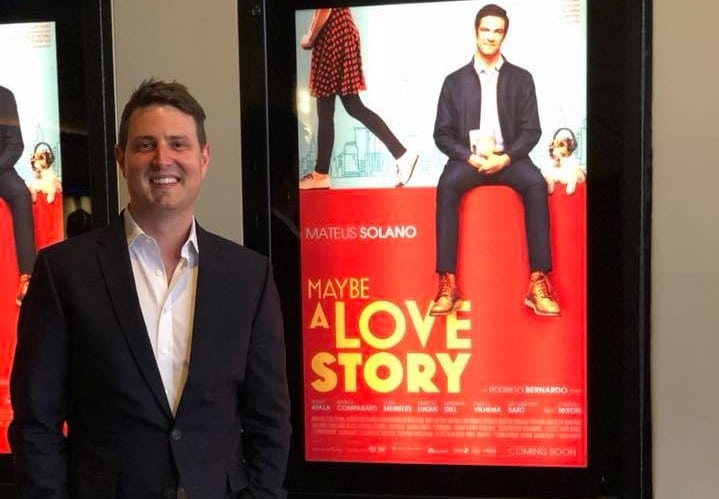 Ben Frahm at the Los Angeles premiere of his latest film on May 31, 2018

After teaching a recent Beat Sheet Workshop in New York City, “Master Cat” Ben Frahm and some great writers experienced a couple of breakthrough moments that really crystallized the benefit of outlining your story. Ben reports:

Using the 15 beats of Save the Cat!®, students were able to identify problem areas and structural advantages before they dove in and started writing. And in figuring out some of the major turning points, it became clear that there was a tendency to overthink. To overcomplicate these beats.

There’s an inclination to get caught up in the minutia of the scene or what the character is wearing or what they did earlier that day, or had for breakfast two days ago, and all the while, miss the important information of that scene… the actual beat.

Here’s an example. We looked at the movie The King’s Speech as a template for great structure, particularly on how it relates to the 15 STC! beats. And students were surprised to see that some of these major turning points and story beats were actually quite simple. For instance, Opening Image could be simplified as “KING STUTTERS.” And the Closing Image and scene could easily be put on a 3 x 5 card as “KING NO LONGER STUTTERS.”

However, it was easy to get caught up in some of the other details of those beats. The date that the movie took place. The wardrobe of the King. The peripheral characters present. What time of day was it? What country were we in? Was there a war going on at the time? Is the King really a soccer fan in the beginning? But all the while, we neglect the important information… the essence of the beat.

And in doing so, students were able to realize that it’s important to boil down your beats. To clean out all of the extra information and focus on the bare bones of what is actually happening. What’s moving the story ahead? And what is the most important information that can be captured in only a few sentences on a 3 x 5 card (or your nifty virtual card in the STC! software).

And to our surprise, once this was digested, the outlines of the students’ stories immediately improved. They became clearer. More focused. And there was a lot less superfluous information.

The writers started focusing on the necessity of the beats and how they served their overall stories.

So… in looking ahead… keep it simple. Find those simple 15 beats that your story’s structure rests on… and keep all of the detail and minutia and extra information for the actual writing of the script.

Don’t let those details get you stuck in the beginning. Move ahead. And look at the big pieces. Because that’s what makes for good, clear beats. And ultimately what allows for a well-structured, impactful story.

Why Stakes Should Be Primal

What Exactly Did Blake Snyder "Invent"?