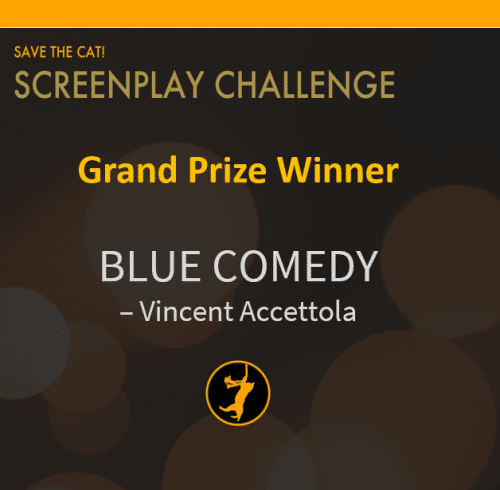 Congrats to Vincent Accettola, whose screenplay BLUE COMEDY has won the inaugural Save the Cat! Screenplay Challenge.

Here’s the logline for Vincent’s script: A nationally celebrated stand-up comedian returns to the Boston comedy scene to teach an aspiring comic who he’s hastily developed feelings for.

Here are some comments from our judges about BLUE COMEDY: “It has voice and characters and an opinion and takes you on an emotional ride that you’re invested in, while still hitting the beats. I know the audience and see how it has its own place in the fresh category of Coming Of Age material.” “An authentic voice… funny in subtle and interesting ways.”

We’re looking forward to early June, when we bring Vincent to Los Angeles to meet writers and producers and to see a table-reading of his script. 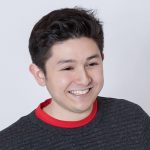 Vincent Accettola is an aspiring writer-director who also serves as Managing Director of the National Youth Orchestra of China (NYO-China), a youth ensemble composed of over 100 of China’s most impressive young musicians that, among various achievements, has performed with artists such as Yuja Wang and Yo-Yo Ma, sold out Carnegie Hall, and achieved critical acclaim in The New York Times. In that capacity, he also helped produce a soon-to-be released documentary directed by Academy Award®-nominated documentarian Christina Choy (Who Killed Vincent Chin?, 1987) about NYO-China’s inaugural residency and concert tour, as well as the highly individualistic and infamously competitive music education system found within China. Vincent graduated from Yale University in 2016 where he majored in Psychology & Neuroscience and Political Science, and from Harvard University in 2017 where he studied Education Policy.

Check out the first-ever Save the Cat! Screenplay Challenge and semi-finalists.